Teahupoo Will Scare The Crap Out Of You
0 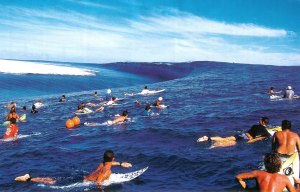 Teahupoo Will Scare The Crap Out Of You

Teahupoo Will Scare The Crap Out Of You

I’ve just finished a one month trip to Teahupoo.

It was an interesting month, very different from what I was expecting.

I was hoping for sunny days, perfect glassy barrels and being surfed out of my mind—instead, I found another reality.

I found that it rains every day and sometimes it pours and floods the home you are staying at.

The wind was usually strong and the waves that came during September were mostly from a pure West angle that closes out the barrels and shows you how death in a meat grinder could look like if you don’t make the drop.

Not all was fun at Teahupoo. Ten days of flooding!

There were also a few epic days. Those were on my first week.

As soon as the WCT left the town, a 8-10 foot swell showed up for a few of the pros that stayed around. It was my first time ever in Teahupoo so I opted to paddle out just to get a feel for the waves, with no expectations of catching anything and hoping to not be caught by any big set. That day was super fun even though I couldn’t get the courage to even attempt to get a wave.

Seeing those barrels under sea level from the lineup was a great experience. It showed me how much more I need to grow in my surfing and how far I am from a good level in heavy barrels!

There were smaller days were I got my waves and had fun. I guess that you never really have fun and relax at Teahupoo. There is always some big wave that comes out of nowhere and will scare the crap out of you.

There was lots and lots of down time.

I watched dvd’s in my computer endlessly, did my workout in the outside gallery while it poured rain for days, read and meditated. I surfed Vairao once, a really fun perfect left that barrels across a shallow non forgiving reef.

Teahupoo is a beautiful place with lush green mountains everywhere, golden sunsets every day and double rainbows that look out of this world. It is a great place and the wave is the most perfect heavy slab I had seen with my eyes.

Every afternoon the sunset went nuts
Fresh water from the fall!

I’ve basically learned that Teahupoo is not a place I want to return to spend a long time. I’d rather just fly for a good swell in the future and try other places for travel were the waves are more consistent and I can have more fun. I guess that if I would have left on my second week I would have had just highlights and great memories.

Not that it was bad, but it was boring and lonely for a month when I got about only 8 sessions at Teahupoo and only two of them were of good waves. It makes you wonder when you surf each time with just boogieboarders in the lineup and no surfers…Only a few times two guys were catching waves on a surfboard. The West direction is just too heavy.

Walking to the waterfall

Overall, I’m happy I came here. I will use all the things I learned for my next trips and I am sure that whatever waves I surf in the next days in Hawaii are going to look wayyyy easier and more forgiving than Chopes!

It will be fun for sure!

Thanks to Patagonia, FCD surfboards,Wave Tribe and Future Fins for their support on this trip!

Back to the lineup after a fun wave! 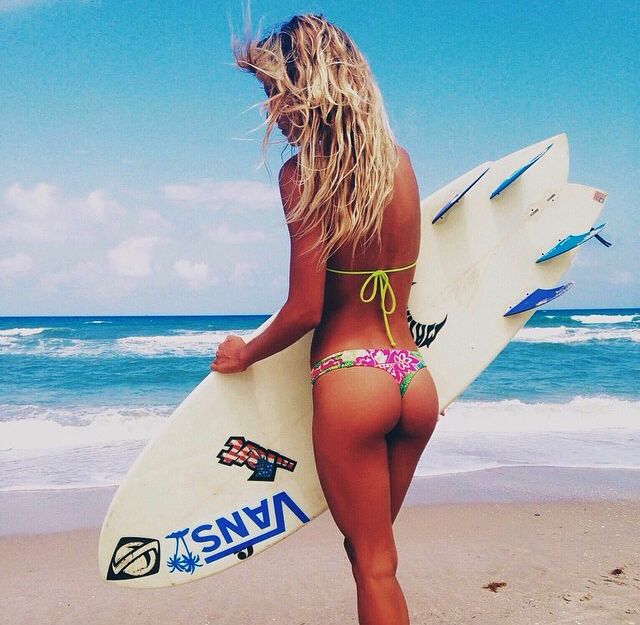